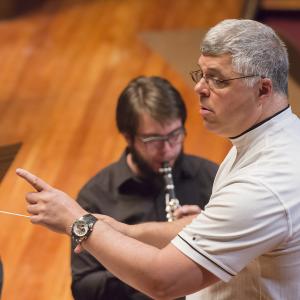 Drury is also conductor of the 567th ANG Band of Cape Cod and plays saxophone with the Jimmy Capone Big Band. Drury was named chairman of the Massachusetts Chapter of the College Band Directors National Association in 2002.

As a conductor, Drury has premiered works by composers such as Bell, Pinkham, Fletcher, Popkin, and Zorn; conducted orchestras at Harvard, Brown, and Brandeis universities and numerous Air Force bands throughout the nation; and has previously been MIT's Assistant Conductor of Orchestras, conductor of the Boston Conservatory's Wind Ensemble, assistant conductor of the Civic Orchestra of Boston, and conductor of the Auros Chamber Orchestra. As a jazz saxophonist, Drury has performed with Natalie Cole, the Coasters, Dave Stewart and MFB, and played lead tenor sax with the Bob Curnow Big Band. Before entering undergraduate studies, he worked for five years as a track laborer for the Burlington Northern Railroad.