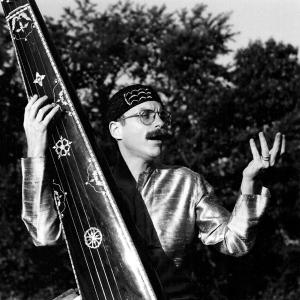 Warren Senders is an internationally recognized musician and educator with decades of involvement in the artistic and pedagogical traditions of India as well as those of Western, African and African-American musics. He has received numerous fellowships and awards for his mastery of the Hindustani khyal vocal style; his concerts in India, Europe and North America have been widely acclaimed. Also trained as a jazz bassist, he founded the pan-cultural ensemble Antigravity in 1981; the group's two CDs have received raves from music critics all over the world. As a teacher, he is dedicated advocate of experiential "learning-by-doing." As part of his work with the Music-in-Education faculty at New England Conservatory of Music, he has developed curriculum initiatives in which music from many cultures is integrated into the pedagodical process in subjects as diverse as poetry, history and art. An expert on the stimulation and nurturing of individual creativity, Mr. Senders is on the faculty of Music Education at the New England Conservatory of Music, a creativity consultant for Babson College's MBA program, and a core member of Boston's Jazz Composers' Alliance.