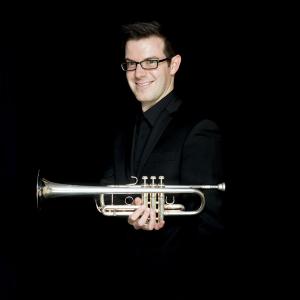 Thomas Siders joined the Boston Symphony Orchestra as Assistant Principal/Third Trumpet in January 2010, and joins the New England Conservatory trumpet faculty as of fall 2011. At the BSO he occupies the Kathryn H. and Edward M. Lupean chair.

A native of Champaign, Illinois, Siders grew up in a musical family. He began playing the piano at age six and the trumpet at age ten. Siders was fortunate to have terrific trumpet instruction throughout middle school and high school, studying with Michael Allen, Sal Percoco, Ray Sasaki, and the late Dr. Michael Ewald. He pursued further study with Professor Sasaki at the University of Texas at Austin, and graduated with high honors in 2007.

Although his first love was jazz, Siders decided to shift his focus to orchestral trumpet playing. He attended Rice University's Shepherd School of Music, where he studied with Marie Speziale. After receiving his master's degree in 2009, he joined the New World Symphony in Miami Beach. Mr. Siders was a Tanglewood Music Center fellow in 2008 and 2009, and was the recipient of the 2009 Voisin Trumpet Award.

In May 2009 Siders was a featured performer in the Conservatory Project, part of the Millennium Stage series at the Kennedy Center in Washington, D.C. He has performed with the Boston Symphony Orchestra, Houston Symphony, Houston Grand Opera Orchestra, and the Santa Fe Symphony.