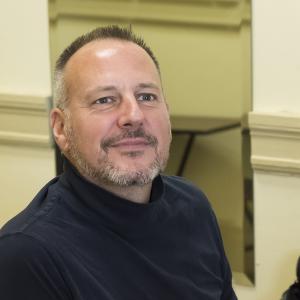 Tenor Thomas Oesterling is heard frequently on the opera and concert stage in the Boston area. He was recently seen as Eisenstein in Die Fledermaus for Commonwealth Opera, where he was acclaimed for having “played.. Eisenstein to the height of comic foppishness, bringing to bear a voice equally at home in the most serious and demanding… repertoire.” The Boston Globe has praised him for the "Sweetness, awe and clarity" of his singing of Uriel in Haydn’s Creation under the baton of Robert Shaw.  He has also appeared to critical acclaim with Boston Lyric Opera and Opera New England as well as Cape Cod Opera, Ohio Light Opera, Opera Theatre of Saint Louis, and Opera North.  His roles include Romeo in Romeo et Juliette Don Ottavio in Don Giovanni, Count Almaviva in The Barber of Seville, Rinuccio in Gianni Schicchi, The Duke in Rigoletto and Alfredo in La Traviata. He is a frequent interpreter of Handel’s Messiah, most recently with Franklin Pierce College , Cape Cod Chorale and the Woodstock , Vermont Holiday Festival.

Mr. Oesterling is committed to opera outreach and education, since 1994 serving as managing director and principal tenor soloist with Opera to Go, an outreach opera company which brings opera to thousands of children in schools each year. He has been invited by various opera companies to create outreach and classroom programs to introduce school-aged children to opera and to teach children to participate in opera performances.

Mr. Oesterling is an alumnus of Washington University and holds a Master of Music degree from The Boston Conservatory and a diploma from the Boston University Opera Institute.