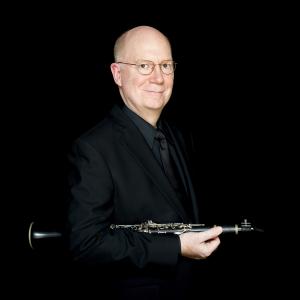 An actively sought-after soloist, orchestral, and chamber musician, Martin has had the privilege to perform and record with many of the world’s greatest conductors, singers, and instrumentalists over the past 30 years. He has toured extensively throughout North and South America, Europe, and Asia and has appeared as a featured classical and jazz soloist numerous times on the American PBS television program "Evening at Pops."

A strong proponent of modern music, Martin gave the U.S. East Coast premiere of Elliott Carter’s Clarinet Concerto at the Tanglewood Music Festival. The New York Times wrote that he "played with vibrant virtuosity." The American Record Guide wrote that his "performance range seems limitless." Martin performed the work again at Tanglewood in 2008 as part of the Elliott Carter Centenary Celebration. Martin and soprano Lucy Shelton gave the world premiere performance of Elliott Carter’s Poems of Louis Zukofsky during the 2009 Tanglewood Music Festival.

In May of 2010 Martin performed at the Prague Spring Music Festival, where he gave the premiere of a new clarinet sonata composed for him by André Previn, with the composer at the piano. Most recently Previn has composed a clarinet quintet for Martin and the Hawthorne String Quartet, to receive its world premiere in November 2011.

Outside of his studio teaching at NEC during the academic year, Martin also teaches at the Tanglewood Music Center during the summer, during the BSO's performance season there. His former students populate many orchestras and universities throughout the United States, Canada, and Asia.