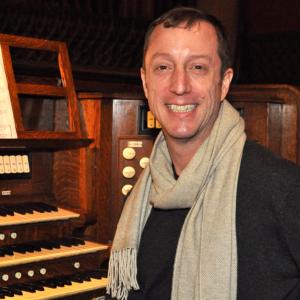 Thomas Handel maintains a varied career as an administrator, teacher, and performer. From 2002 to 2015 Handel served as Dean of Students at NEC. Currently, he chairs the Doctor of Musical Arts program and advises doctoral and Graduate Diploma students. Handel has served on the music history faculty since 1992, specializing in sacred music and French music from the late 19th and early 20th centuries. He regularly performs and tours with the NEC Chamber Singers.

Handel successfully revived the organ class for non-majors at NEC, introducing over 30 students each year to the organ and its vast repertory. In this capacity he emphasizes the wide variety of musical and interpersonal skills that are required of the practicing church musician.

Handel is the Minister of Music at Church of the Covenant in Boston, where he has the privilege of playing the restored Welte-Tripp organ. At Covenant, Handel oversees a progressive and eclectic music program that, on any given Sunday, may include the music of Michael Jackson and Messiaen, or Bob Marley and Bach.

Recordings include works of Bach and d’Aquin with the Boston Cecilia and Duruflé’s Requiem (solo organ version) with the Phillips Exeter Academy Concert Choir. He has lectured on Messiaen throughout the U.S. and at the University of Sheffield (U.K.) International Messiaen Festival.