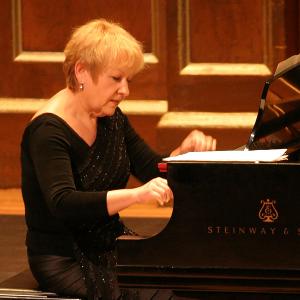 Distinguished pianist and teacher Tatyana Dudochkin has been on piano faculty since 1990 and has served for 20 years as a Chair of the Piano Ensemble Department in the Preparatory and Continuing Education Division at the New England Conservatory.

Tatyana also taught piano for several years at Massachusetts Institute of Technology and at the Puigcerda Music Festival in Spain. She is the Founder and Artistic Director of the Annual Composers' Anniversary Celebrations at New England Conservatory’s Jordan Hall since 1990. She is President of the Chamber Music Foundation of New England as well as being Founder and Director of the International Chamber Music Ensembles Competition since 2005.

Critically acclaimed for her performances as a soloist and chamber musician, Ms. Dudochkin concertized extensively throughout the former Soviet Union, United States, Canada, Spain, Italy, and Holland. Ms. Dudochkin has been an Artist in Residence at the Rockport Music Festival, Spring at Prague Festival, Hampton Music Festival, and many others.

Tatyana has recorded extensively on the Melodia label, performed and recorded at WGBH, WBUR, "Voice of America,” “Morning Pro Musica,”  Washington National Public Radio, and Continental Cable vision "In Performance.” She is also featured in many recordings of Live from Jordan Hall and recently performed at Carnegie Weill Recital Hall.

Her students have won more than 300 top prizes at International, National and World competitions. They have been accepted to the most prestigious colleges and universities such as The Julliard School of Music, New England Conservatory, Oxford University (England), Harvard University, Princeton University, Massachusetts Institute of Technology, Columbia University, Yale University, Vienna Conservatory (Austria) and others.