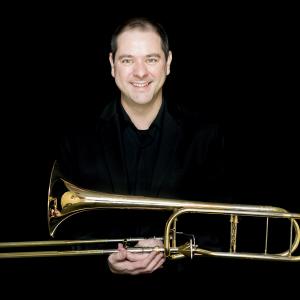 A native of Dallas, Texas, Lange joined the BSO trombone section in fall 2010. Previously, he held the assistant principal trombone chair of the Saint Louis Symphony Orchestra from 2000 to 2010, making his solo debut with the orchestra in 2007 in Frank Martin’s Concerto for Seven Wind Instruments.

During his time in St. Louis, Lange helped found, and was a member of, The Trombones of the Saint Louis Symphony, a chamber group composed of the SLSO trombone section. The group gave masterclasses and recitals throughout the Midwest, culminating in a recently recorded compact disc 4.1.

Before joining the SLSO, Lange performed one season with the San Antonio Symphony. He has also performed with the New York Philharmonic, Cincinnati Symphony Orchestra, Kennedy Opera House Orchestra, the Extension Ensemble, and the Colorado Music Festival.

In addition to his studio teaching, Lange has given masterclasses and recitals throughout the country, including the Juilliard School and the Tanglewood Music Festival.