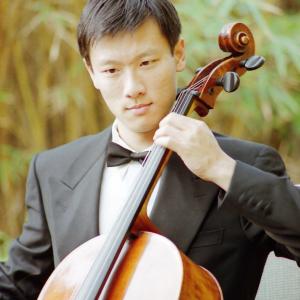 Ou came to the United States from Taiwan at age 4, and began his cello studies at age 9.  He has been a pupil of several renowned cello teachers, including Gretchen Geber, Eleanore Schoenfeld, and Aldo Parisot.  After completing his Bachelor of Arts and Master of Music degrees in New York from Columbia University and The Juilliard School in their double degree program, Ou moved to Boston to study with Laurence Lesser at NEC, where he graduated with a Doctorate of Musical Arts.  His dissertation was entitled In Felix's Footsteps: An Examination of Fanny Mendelssohn Hensel's Approach to Her Chamber Music.

In addition to being a prize recipient at the Kingsville International Young Performers Competition, Ou has also been awarded the Rome Festival Concerto Soloist Award, the Chi-Mei Music Scholarship from Taiwan, the ARTS Level II Award from the National Foundation for the Advancement in the Arts, and the Joseph Schuster Memorial Cello Scholarship from the Young Musicians' Foundation.

Ou has been a visiting lecturer, performer, and cello teacher at Fu-Jen University in Taiwan, where he conducted solo and chamber music master classes and performed with Fu-Jen faculty musicians.  As a participant of Fu-Jen’s 18th Century Piano Literature Symposium and the International Strings Literature Symposium, he presented papers on the chamber music of Beethoven and Fanny Mendelssohn Hensel.  Ou has also coached undergraduate chamber ensembles and orchestral cello sectionals at Tufts University.

A faculty member and assistant string chairperson at NEC’s Preparatory School, Ou also maintains a private teaching studio, and in the summer, he teaches in Belmont, MA at Music on the Hill, a chamber music program for young musicians.  During this past summer, he additionally taught at the Walnut Hill Music Festival in Natick, MA, Youth & Muse Music Festival at the Boston Conservatory, and Point Counterpoint in Leicester, VT.  In 2012, Mr. Ou released his first CD, With String & Pipe, in which he collaborated with organist Harry Lyn Huff.  He was also featured in Larry Bell’s CDs entitled In a Garden of Dreamers, where he collaborated with recorder player Aldo Abreu and harpsichordist Paul Cienniwa.