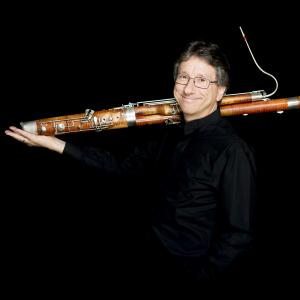 Richard Svoboda has been principal bassoonist of the Boston Symphony Orchestra and a member of the Boston Symphony Chamber Players since 1989, having previously served as principal bassoonist of the Jacksonville Symphony for 10 seasons. At the BSO he occupies the Edward A. Taft chair, endowed in perpetuity. Svoboda serves as New England Conservatory's chair of Woodwinds beginning Fall 2011.

Among Svoboda's BSO concerto appearances have been performances of John Williams's Five Sacred Trees, with the composer conducting, and the Weber Concerto under the baton of Seiji Ozawa. Of special interest to bassoonists among his many recordings with the BSO would be discs of Ravel's Bolero (including Alborada del gracioso) with Bernard Haitink, as well as Sibelius's Symphony No. 2 with Vladimir Ashkenazy.