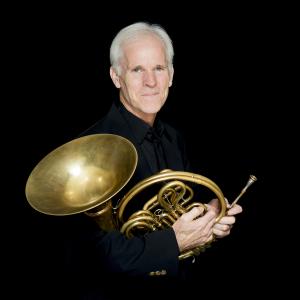 Born and raised in Concord, Massachusetts, he studied at Indiana University, New England Conservatory, the University of Washington, and the Tanglewood Music Center. Previously principal horn of the Rochester Philharmonic, he joined the Boston Symphony Orchestra in 1981. Sebring has been soloist with the BSO and the Boston Pops in Boston, at Tanglewood, and on tour. As a studio musician, his horn work is heard regularly in popular music, on PBS, and in films. His arrangements of holiday and ceremonial music have been played by the Boston Pops in Symphony Hall and at Fenway Park.