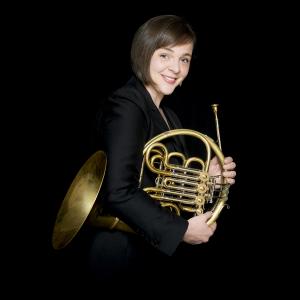 Michigan native Rachel Childers has been a member of the Boston Symphony Orchestra since 2011. As Second Horn of the BSO, she occupies the John P. II and Nancy S. Eustis chair. She is notably the first female member of the Boston Symphony brass section. Prior to moving to Boston, Ms. Childers was the Acting Assistant Principal/Utility Horn of the Colorado Symphony Orchestra. She also held several positions in orchestras throughout California, affectionately referred to as the Freeway Philharmonic. Rachel holds the distinction of being in the first class of admitted horn players to the Colburn School, in Los Angeles, where she studied with David Jolley and David Krehbiel. Rachel received her bachelor's and master's degrees at the University of Michigan, where she studied with Søren Hermansson. During her time at U of M she enjoyed performing with both the Symphony Orchestra and the Symphony Band, where she began her college career as Horn 4B under director H. Robert Reynolds.

Ms. Childers is devoted to education initiatives in her community. Her interest in this work began when she was a teaching artist for the Los Angeles Philharmonic, where she was partnered with underserved schools in the Los Angeles area. She continues this line of work with the Boston Symphony Orchestra’s Education Department. She is particularly proud of her involvement in the implementation of the “BSO In Residence” project; an initiative directed at her adopted community of Jamaica Plain, MA. Ms. Childers also develops and performs programs for the BSO’s “Concerts for Very Young People” at local libraries and children’s museums.

While working towards her Artist Diploma at the Colburn School, Rachel was a researcher in the Academic Development and Institutional Research Department at the Fashion Institute of Design and Merchandising in Los Angeles, CA. Initially a data-entry clerk, Ms. Childers discovered a talent for statistical research and analysis. During her 4 years at FIDM she was promoted into what could have been a promising career. This interest in data analysis continues in Boston, where she serves on the supervisory committee of the Symphony Credit Union and on the Pension Board of the BSO where she digs deep into quarterly reports.