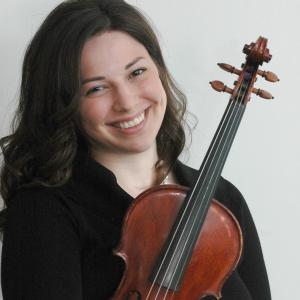 After serving as Assistant Principal of the Portland Symphony Orchestra, Ms. Majerfeld joined the faculty of the Longy School of Music at Bard College in 2000. She was subsequently appointed to teach at the New England Conservatory of Music and Wellesley College. She has also served on the faculties of various summer music festivals such as Lyricafest and the Castleman Quartet Program. As Dean of the Castleman Quartet Program, she spearheaded a new branch of the festival at the University of Colorado at Boulder. A recipient of both the Wingler and Starling Foundation Fellowships, Ms. Majerfeld was awarded the highly coveted ACMA/Dodge Partnership and Roxbury Foundation Grants for her work with culturally-underserved children. At present, she leads a program in which college students give private lessons to elementary school students in an El Sistema program in Somerville. She has also played at numerous “Head Start” programs, children’s hospitals, and elementary schools for students with learning issues.

Within a warm and supportive studio environment, my goal is to encourage students to think both analytically and creatively so that they discover their own unique, expressive voices. I attempt to nurture the individuality of students so that they ultimately become artists in their own right. Even with the youngest of students, it is possible to nurture imagination from the very beginning. In the words of the great ballerina Margot Fonteyn, ‘Great artists are people who find the way to be themselves in their art.’ To that end, I believe a solid mastery of technical skills is necessary to express oneself without hindrance. However, I always reinforce that technique is not an end unto itself, but rather the means by which we attain our ultimate goal of self-expression. Keeping this in mind makes technical work much more interesting, practical, and goal-oriented. When we think within a musical context, it shapes the way we work on technique.