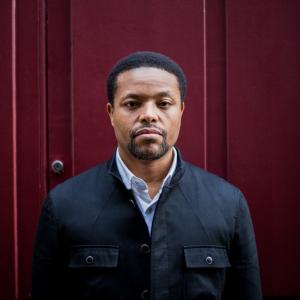 Nasheet Waits, drummer and music educator, is a New York native.  His interest in playing the drums was encouraged by his father, legendary percussionist, Frederick Waits.  Over the course of his career, Freddie Waits played with such legendary artists as Ella Fitzgerald, Stevie Wonder, Marvin Gaye, Sonny Rollins, Lee Morgan, Max Roach, Cecil Taylor, McCoy Tyner, and countless others.

Nasheet’s college education began at Morehouse in Atlanta, GA, where he majored in Psychology and History.  Deciding that music would be his main focus, he continued his college studies in New York at Long Island University, where he graduated with his Bachelor of Arts in Music.  While attending Long Island University, Waits studied privately with renowned percussionist, Michael Carvin.  Carvin’s tutelage provided a vast foundation upon which Waits added influences from his father, as well as mentor Max Roach and percussionist Fred KIng. It was Max that first gave Nasheet’s formidable talent international spotlight, hiring him as a member of the famed percussion ensemble M’BOOM.  One highlight of Nasheet’s tenure with M’BOOM was the live concert performance of M’BOOM with special guests Tony Williams and Ginger Baker.

Nasheet’s talent came to the attention of reedman Antonio Hart, who asked Waits to originate the percussion chair of his first quintet.  Waits remained a standing member of Antonio’s various ensembles, recording three albums and touring nationally and internationally in noted venues, jazz festivals, as well as live television and radio performances.  Nasheet remained a member of Antonio’s group through 1998.

1999 proved to be an auspicious year for Nasheet. After his tenure with Antonio Hart had concluded, Waits  joined the bands of Andrew Hill and Fred Hersch. A myriad of performances and recordings resulted from these 2 opportunities. Nasheet stayed with Andrew through 2005 and Fred for 10 years. He also toured and recorded with New Directions, a band of young Blue Note recording artists. The band featured Jason Moran, Greg Osby, Stefon Harris, Mark Shim, Tarus Mateen, and Waits. This situation proved to be fruitful as Waits went on to work with Jason and Tarus in Stefon and Greg in their units. Most notably Jason Moran and the Bandwagon was spawned out of New Directions experience. Jason Moran’s Bandwagon, Jason, bassist Tarus Mateen, and Nasheet have been deemed, “ the most exciting rhythm section in jazz” by JazzTimes magazine. Most recently Waits has found himself assuming the title of leader, as well as joining forces to form two other cooperative bands. Nasheet Waits Equality had its auspicious origin with a tour in Italy the spring of 2007. The quartet featured Logan Richardson on alto and soprano saxophones, and Jason Moran and Tarus Mateen, Waits’ colleagues in Moran’s Bandwagon. Equality went on to record its first offering, “Alive At MPI” in 2009 for Fresh Sound Records. Equality also has featured virtuoso pianists Stanley Cowell, and James Hurt during several tours of Europe from 2007-2013. Waits is also at the core of Tarbaby a cooperative band he leads with bassist Eric Revis and pianist Orrin Evans. Tarbaby has released 4 offerings, the first an eponymous effort in 2008, the 2nd “The End Of Fear” in 2010 on Positone records. “The End Of Fear”, which features Oliver Lake, Nicholas Payton, and JD Allen was placed in several top 10 records for 2010. The 3rd release for Tarbaby, “The Ballad of Sam Langford” has been released in the spring of 2013 on Hipnotic Records. This offering features Ambrose Akinmusire and Oliver Lake. The most recent release, “Fanon”, was inspired by the work of philosopher, revolutionary, psychiartrist, and author, Frantz Fanon. This recording features Marc Ducret and Oliver Lake. Another project Waits’ co-leads, 3rd EYE (Aethereal Bace) is an unconventional trio comprised of Abraham Burton tenor saxophone, Eric Mcpherson, drummer and Waits. These 3 New York natives have a connection that transcends the bandstand. Most recently Waits has taken part In another co-led band featuring Bennie Maupin, (an alum of Herbie Hancock, Miles Davis, McCoy Tyner, etc) and Eric Revis to form a trio, “Options”. Waits has also produced the soundtrack for contemporary artist Alyson Shotz for her exhibition, Forces of Nature. He is also the MD for her new interdisciplinary work revolving around the concept of time that will be premiered at Grace Farms.

Amidst his performing, recording and touring activity, Nasheet teaches private lessons, stressing a personal approach to the drums and music. True to his personal philosophy of the necessity to balance Tradition and Modernism, Waits collaborates and performs regularly with musical cohorts, contemporaries, and masters.  Nasheet is dedicated to exploring his role and creative path in music.