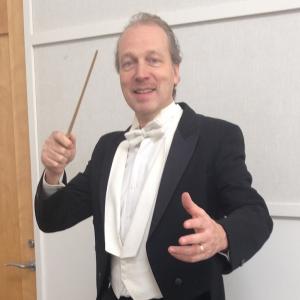 Michael Weinstein (born June 26, 1960 Lausanne, Switzerland) is a composer, theorist, hornist, and educator.  He studied at the Conservatory of the State University of New York College at Purchase (B.F.A.), the New England Conservatory of Music (M.M.), and received his Ph.D in Composition and Theory from Brandeis University in 1991.  His principal composition teachers include Marty Boykan, Malcolm Peyton, Harold Shapero, and Yehudi Wyner.  He studied theory with Robert Fertita, Steve Lubin, Allen Anderson, Allen Keiler, and Robert Cogan. He studied horn with Harry Berv, Daniel Katzen, and William Purvis.

A BMI registered composer, Michael H. Weinstein has written over fifty works in the concert music field and his catalogue includes pieces for symphony orchestra, wind ensemble, brass ensemble, choral and solo vocal works, chamber works, and solo instrumental pieces.  He is particularly committed to writing music for wind instruments and has received some of his most important commissions and performances in that genre. His works have been commissioned/performed and recorded by organizations such as: the NEC Wind Ensemble, the NEC Jordan Winds, the NEC Symphony Orchestra, the USAF Band (Washington, D.C.), the USAF Band of Mid-America, the Civic Symphony of Boston, the Boston Classical Orchestra, the Boston Landmarks Orchestra, the Boston Conservatory Symphony Orchestra, the MIT Wind and Brass Ensembles, the Washington Winds, Michigan State University, Ithaca College, Yale University, the University of Washington Wind Ensemble, the Cincinnati Conservatory of Music, Calgary University, the University of Massachusetts at Amherst, the League ISCM – Boston Chapter, Bishop Ireton H.S., and the Massachusetts Instrumental Conductor’s Association among others.  Recent performances have taken place in Seattle, Washington, D.C., New York, Boston, Paris, Berlin, and Moscow.  His music is published by Boosey & Hawkes and Micha Music.

Since 1994, Michael H. Weinstein has been the third horn of the Nashua Symphony Orchestra in New Hampshire.  Since 2001, he has been principal horn of the Massachusetts Symphony Orchestra in Worcester.  He was second horn with the Cape Symphony Orchestra from 1989-2000.  As a free lancer in the Boston area he has performed and recorded with ensembles such as the Boston Classical Orchestra, the Boston Philharmonic, the Civic Symphony of Boston, the Pro Arte Orchestra of Cambridge, the Back Bay Chorale, Emmanuel Music, and the Masterworks Chorale.  He is a member of the North Winds Woodwind Quintet which gives educational concerts and master classes through the Young Audiences of Massachusetts Program.  He is the hornist for the Alcyon Chamber Ensemble.  He is a founding member of the Capital Brass established in 1985, a quintet dedicated to performing contemporary works for brass with a particular emphasis on premiering works of New England composers.  In 1997, the quintet gave the local premiere performances of John Harbison’s Magnum Mysterium in concerts at the New England Conservatory and the Massachusetts Institute of Technology.  Weinstein is a member of the brass department of the Berklee College of Music.  He has also been a coach and monitored auditions for the horn sections of the NEC Preparatory Division Youth Symphony Orchestra and the Greater Boston Youth Symphony Orchestras. While living in Berlin, Germany during the academic year 1991-92, he played concerts with the Boris Blacher Ensemble fur Neue Musik based at the Hochschule der Kunste Berlin and the ars-nova-ensemble Berlin led by Peter Schwarz.  He has been awarded four "Patenring" fellowships to play with the studio ensembles of the contemporary music festival in Darmstadt, Germany (1992, 94, 96, & 98) and worked in master-classes with trombonists Barrie Webb & Michael Svoboda and trumpeter Markus Stockhausen.

Since April 2001, he has been the chair of the music department at the Cambridge School of Weston where he conducts the choir and chamber orchestra, coaches chamber music, leads the Contemporary Ensemble, and teaches courses in music history, theory and composition. He is an Assistant Professor of Composition at the Berklee College of Music where he teaches traditional harmony and counterpoint, computer notation, and contemporary techniques.  He is also on the faculty of the New England Conservatory Preparatory Division in the Theory Department.  He was a visiting Assistant Professor of Music Theory at Brandeis University for the 2010-11 academic year.  Past positions include teaching appointments at the Boston Conservatory, Wheelock College, the Walnut Hill School for the Arts, and the Milton Academy.