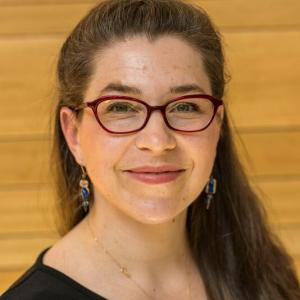 Megan Barrett joined the Graduate Languages Department as German Instructor in Fall 2015 and is now also German staff for NEC's newly formed Foreign Language Center. She came to NEC from Indiana University (PhD Candidate 2012, M.A. 2008 in Germanic Philology), having taught undergraduate German there since 2005. Additional language teaching experiences include the Berlitz Boston Language Center (English and German), the No. 3 Girls' Middle School in Shanghai, China (English), and leading the teaching team for the IU Honors Program in Foreign Languages in Krefeld, Germany (German). Besides Krefeld, she has also lived on exchange in the German cities of Cologne and Kiel, where she attended the Christian-Albrechts-Universität. Her commitment to foreign language education has led her to present at conferences such as the annual ACTFL Convention, and to participate in pedagogy workshops through the Goethe Institut and Middlebury College. In her distant past she also played the clarinet and sang in church choirs and so is delighted to be able to work with such a wonderfully musical student body.