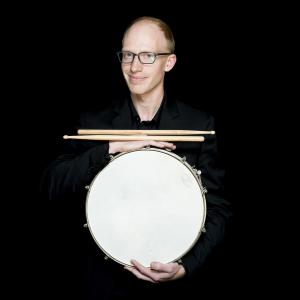 Percussionist Matthew McKay joins the Boston Symphony Orchestra at the beginning of the 2012–2013 season, and occupies the Barbara Lee chair at the BSO. Prior to joining the BSO, he was a percussionist with the Oregon Symphony for two seasons.

A native of Fairfax, Virginia, McKay began playing percussion at the age of ten, though his musical training began with the violin at the age of four and he began piano at age seven. In his high school years he studied privately with former National Symphony Orchestra timpanist John Tafoya through the National Symphony Youth Fellowship program, and with Bill Richards, a retired member of the U.S. Army Band. McKay earned his bachelor's degree from the New England Conservatory, where he studied with BSO percussionist J. William Hudgins. As an undergraduate, he won the annual percussion mock audition in both 2008 and 2009. He then continued his studies with BSO timpanist Timothy Genis at Boston University, where he completed his master's degree in 2011.

In addition to the Oregon Symphony, McKay has performed with the BSO, Boston Pops, Boston Philharmonic, and the San Diego and Jacksonville symphony orchestras. His summer engagements have included two Tanglewood Music Center fellowships, as well as fellowships at the Spoleto Music Festival, Schleswig-Holstein Music Festival, and National Orchestral Institute.

Also an avid chamber musician, he has performed and recorded Bartók's Sonata for Two Pianos and Percussion in NEC's Jordan Hall and played in the American premiere of Elliott Carter's What Are Years with the Tanglewood Music Center. McKay has also been a member of the Third Angle new music ensemble in Portland, Oregon.