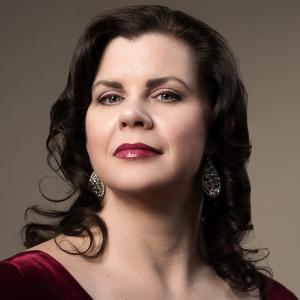 Internationally acclaimed mezzo-soprano MaryAnn McCormick has been hailed in the press as “charismatic,” “spell-binding,” and “elegant.” Her international credits include Isabella in L’italiana in Algeri at La Scala in Milan, Azucena in Il Trovatore at the Teatro Regio di Torino, and the title role of Carmen at the Teatro dell' Opera di Roma. She has also performed Maddalena in Rigoletto under Daniele Gatti at the Teatro Comunale di Bologna as well as with Seattle Opera, Gluck’s Alceste under Bruno Bartoletti at the Teatro Regio di Parma, and First Maid in Elektra with Christoph von Dohnanyi at the Opéra National de Paris. A frequent interpreter of the role of Carmen, her performances include Theater St. Gallen, Switzerland of which the critics wrote “She acts and sings a wonderful Carmen,” along with Teatro dell’Opera di Roma, Teatro Regio di Torino and the Staatsoper Stuttgart among others.

McCormick was honored to join the voice faculty of New England Conservatory in 2015. Her most recent engagements include performances at the Astoria Music Festival and the Portland SummerFest in Oregon singing the role of Azucena in Il Trovatore opposite Angela Meade as Leonora; debut performances as Erda in Das Rheingold with the North Carolina Opera; as the alto soloist in Mahler’s Third Symphony with the Spokane Symphony; and in a special concert of Bach arias with the Charleston Symphony Orchestra.

McCormick’s recent operatic engagements have included performances as Suzuki in Madama Butterfly at Lyric Opera of Chicago during their 2013–14 season, and the North American premiere of Huang Ruo’s opera Dr. Sun Yat-Sen, sung in Mandarin, in the role of Ni Gui-Zhen for Santa Fe Opera’s 2014 season. Other highlights include performances with the Metropolitan Opera in the role of Grimgerde for their new Robert LaPage production of Die Walküre conducted by James Levine, which was broadcast in HD in theaters internationally and received the Grammy award for Best Opera Recording (2012) of which she is a recipient.

In the 2015–16 season she performed Mahler’s Rückert Lieder and selected Lieder by Richard Strauss with the Charleston Symphony Orchestra conducted by Ken Lam for a special New Year’s Eve Gala, Bach's St. Matthew Passion with the NY Metamorphoses Orchestra, and also sang performances at the Metropolitan Opera as Giovanna in Verdi’s Rigoletto.

In recent seasons MaryAnn McCormick made debuts with both Teatro la Fenice as Waltraute in Die Walküre conducted by Jeffrey Tate and Teatro dell’Opera di Roma as Priyamvada in Alfano’s Sakuntala. She can be heard as Tigrana in Puccini’s Edgar in a recording with the Orchestre National de France conducted by Yoël Levi. McCormick returned to the Metropolitan Opera in 2013 to sing again in their production of Die Walküre and as Soeur Mathilde in the critically acclaimed John Dexter production of Dialogues of the Carmelites. In the 2014–2015 season she performed the role of Giovanna in Verdi’s Ernani with the Metropolitan Opera conducted by James Levine and starring Placido Domingo as Carlo, Das Lied von der Erde at Montclair State University, conducted by Ken Lam, and Beethoven’s Missa Solemnis with the New Choral Society in New York.

In previous seasons McCormick sang Act III of Die Walküre at the Tanglewood festival with the Boston Symphony Orchestra, Suzuki in Madama Butterfly with Opera Colorado, the role of Nefertiti in Phillip Glass’s Akhnaten with the Atlanta Opera, and performances of Das Lied Von der Erde with the Orchestra Verdi in Milan; a piece she has also performed with the Chamber Orchestra of Philadelphia to standing ovations. She also created the roles of Grandma Josephine and Mrs. Teavee for the world premiere of Peter Ash’s The Golden Ticket based on the book Charlie and the Chocolate Factory with the Opera Theatre of St. Louis.

With the Metropolitan Opera of New York, MaryAnn McCormick has performed roles in many operas over more than twenty seasons and 112 performances on stage including Die Walküre, Don Carlo, Ernani, Francesca Da Rimini, Carmen, La Traviata, Rigoletto, Die Zauberflöte, L’Enfant et Les Sortileges, and the world premiere in 1991 of John Corigliano's The Ghosts of Versailles (debut). McCormick's extensive career also includes performances with The Lyric Opera of Chicago as Rosina in Il Barbiere di Seviglia (debut); The Opera Theatre of St. Louis in the North American premiere of Jonathon Dove's Flight as the Minsk Woman and as Prince Charmant in Cendrillon; The Santa Fe Opera as Dorabella in Cosi Fan Tutte (debut); Opera Colorado as Hänsel in Hänsel und Gretel; Opera Ireland as Olga in Eugene Onegin; and The Boston Lyric Opera as Cenerentola and as Nicklause in the world premiere of the Michael Kaye version of Les Contes D’Hoffmann.

Mary Ann McCormick has toured Japan with Wolfgang Sawallisch and the Philadelphia Orchestra in performances of Beethoven’s Symphony No. 9, a work she has also performed with Leonard Slatkin and the Cleveland Orchestra, Sir Neville Mariner and the Academy of St-Martin-in-the-Fields, Edo De Waart and the Dutch Radio Philharmonic, and The Illinois Symphony, among others. Other concert highlights include Ariadne auf Naxos with Sawallisch and the Philadelphia Orchestra; John Corigliano’s Of Rage and Remembrance with the Boston Symphony Orchestra: Mozart’s Requiem, and Pergolesi’s Stabat Mater with the Montreal Symphony: Handel’s Messiah with the National Symphony, the Montreal Symphony and the St. Paul Chamber Orchestra: Bruch’s Odysseus with the American Symphony Orchestra: Verdi’s Messa di Requiem with the Illinois Symphony Orchestra, and the Oratorio Society of New York: El Amor Brujo with the Brooklyn Philharmonic and Robert Spano: and the Tanglewood Festival in Rossini’s Petite Messe Solennelle with Emanuel Ax and Robert Spano accompanying, conducted by Grant Llewellyn.

As a recitalist and chamber musician, McCormick’s notable performances include recitals in New York’s Morgan Library for the George London Foundation, New England Conservatory’s Jordan Hall with Robert Spano, The Châtelet in Paris, and Tokyo’s Suntory Hall and Philadelphia’s Academy of Music accompanied by Wolfgang Sawallisch. She has recorded with the Emerson String Quartet in the Grammy-nominated recording of Anton Webern’s Three Pieces for String Quartet, Op. 3, No. 3, on Deutsche Grammophon, as well as the New York Philharmonic with Kurt Masur and Orchestre National de France, and is featured singing in the Miramax film The Talented Mr. Ripley.