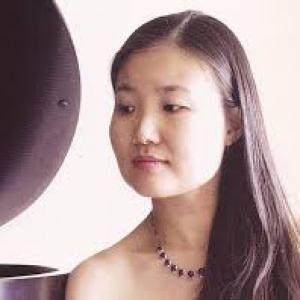 Among other honors, Tokuno was selected in two consecutive seasons from a worldwide pool of applicants to perform in Professional Training Workshops by Daniel Barenboim (on Beethoven Sonatas) and Leon Fleisher (on late Schubert Sonatas) at Carnegie Hall.

Known for her ability to bring a vast array of styles to life, Tokuno has performed at Carnegie (Weill) Hall and CAMI Hall in New York as well as at Symphony Hall and Jordan Hall in Boston. She was also invited to give a solo recital as part of a Chopin Festival at the Polish Consulate in New York. In addition to solo performances in Romania, Italy, France, Germany, and Austria, she has appeared at many venues in Japan and in numerous recitals, chamber concerts, and concerto performances in the United States.

Tokuno’s principal teachers were Midori Tanabe at the Tokyo National University of Fine Arts and Music, where she was an honors graduate, and Victor Rosenbaum at the New England Conservatory in Boston where she received the Master of Music degree with academic honors and was selected to perform with the NEC Orchestra at the Commencement Concert.

Now a highly regarded teacher herself, Tokuno was formerly on the faculty of Phillips Academy in Andover, Massachusetts. She is on the faculty of the New England Conservatory Preparatory School in Boston since 2008.

Her debut solo CD "Beethoven Sonatas & Bagatelles" was released on GiNOTE RECORDS® in October, 2009 and is available worldwide at iTunes, Amazon.com, and CD Baby. You can also listen on iTunes to Mana playing “Tokuno Toccata,” the piece written for her Carnegie Hall Recital in April 2010 by a Boston composer, Thomas Oboe Lee, as well as the masterclass with Leon Fleisher on Schubert’s Sonata in A major, D. 959 at Carnegie Hall Weil Institute.