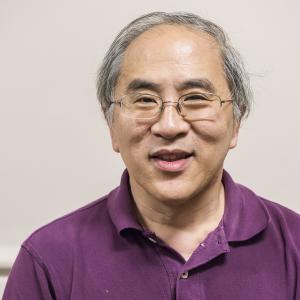 A top prizewinner of the International Paganini Competition in Genoa Italy, violinist Lynn Chang has enjoyed an active and versatile international career as soloist, chamber musician, and educator for over twenty five years.

A native of Boston, Chang began his violin study at the age of seven with Sarah Scriven and Boston Symphony Orchestra violinist Alfred Krips. He continued his studies at the Juilliard School with Ivan Galamian, and then went on to receive his Bachelor’s Degree in Music from Harvard University. He is director of the Hemenway Strings at the Boston Conservatory where he also teaches. His former students now perform in such orchestras as the Chicago Symphony, Los Angeles Philharmonic and the Metropolitan Opera Orchestra in New York.

Lynn Chang is a member of the Boston Chamber Music Society. He has also appeared at the Wolf Trap, Great Woods, Marlboro, and Tanglewood Music Festivals, and as soloist with orchestras in Miami, Salt Lake City, Oakland, Seattle, Honolulu, Beijing, Taipei, and Hong Kong. He has performed with members of the Juilliard, Tokyo, Cleveland, Vermeer, Muir, and Orion String Quartets

Chang has collaborated with cellist Yo-Yo Ma on numerous occasions. Their performance of Leon Kirchner's Tryptich has been recorded for Sony Classical. Their world premiere performance of Ivan Tcherepin’s Double Concerto with the Greater Boston Youth Symphony Orchestra received the Grawmeyer Award for best new composition in 1995. In 2004, he participated in Ma's Silk Road Project residency at the Peabody Essex Museum in Massachusetts. He also collaborated with Dawn Upshaw on her Grammy Award winning CD, Girl with the Orange Lips.

In 2001, Chang was honored with the first Distinguished Leadership Award from the Institute for Asian American Studies of the University of Massachusetts Boston for his achievements as educator and musician. Chang is married to pediatrician Dr. Lisa Wong.  They make their home in Newton, Massachusetts with their two children, Jennifer and Christopher who also are violinists.