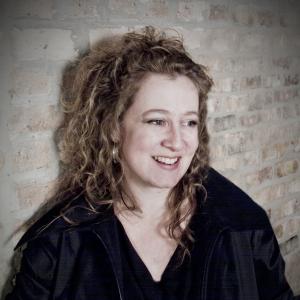 Liz Knowles has brought her distinctive sound—the fire and finesse of Irish fiddle music combined with the tonal richness of the classical violin--to concert stages and festivals across the world. Her auspicious beginnings as the fiddler for Riverdance and as soloist on the soundtrack for the film Michael Collins established her as a virtuosic and versatile performer, and she has since performed as soloist with such orchestras as the New York Pops and the Cincinnati Pops. Liz was a member of the renowned Cherish the Ladies and today she performs with another all-star female super-group, the highly acclaimed String Sisters. She toured for four wonderful years in Europe, Asia and South America as performer, artistic and music director of the wildly popular show Celtic Legends, an Irish music and dance show.

Liz first distinguished herself as a violinist in New York City, performing in such prestigious venues as Carnegie Hall, the Kennedy Center and Broadway, with such artists such as Marcus Roberts, the Bang-on-a-Can Orchestra, Bobby McFerrin, Paula Cole, Steve Reich, Eliot Goldenthal, Rachel Barton, Don Henley, and Tim O’Brien. It was also in New York that she discovered her true passion for Irish music. Today, she is well respected on both sides of the Atlantic as a player, composer and teacher. Her compositions and arrangements of tunes and songs have been recorded by John Whelan, Liz Carroll, Beolach, J.P. Cormier, Michael Black, John Doyle, Dennis Cahill, and Flook. Her favorite project last year was to arrange strings for original songs by KP Devlin.

Liz has always produced her own albums as well as being co-producer of albums with such artists as Liz Carroll, Ensemble Galilei and her own trio Open the Door for Three. Her 2010 release, “Making Time”, the first in eleven years, was a snapshot of two decades of living and breathing Irish music, an exploration of both familiar and obscure Irish tunes from various old collections, Irish, Scottish and Medieval, arranged with Liz’s unique sensibility for strings and harmony. Her strong solo playing, signature string arrangements, and the powerful bouzouki of Pat Broaders provide the lush palette and landscape of this album. Guest musicians include Donna Long, Johnny Connolly and Kieran O’Hare.

She has just finished co-producing an album with Liz Carroll for the Art Institute of Chicago for their exhibition "Ireland: Crossroads of Art and Design, 1690-1840", which was just released.

Her trio Open the Door for Three with Kieran O'Hare and Pat Broaders is touring widely these days. After spending nearly four years traveling together overseas, this trio is a well-oiled machine of crafted arrangements and powerful music. They have been gracing the stages of many of the Irish festivals and concert stages across the country and their second album, The Penny Wager, has just been released.

Liz is a well-known and sought-after teacher of Irish music. She has taught at the Catskills Irish Arts Week, the Swannanoa Gathering for their Celtic and Fiddle weeks, the O'Flaherty Irish Weekend, and has taught at many Irish piping festivals and tionols across the US and in Ireland, to name a few.