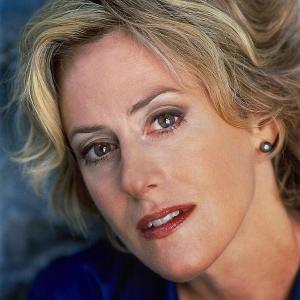 Soprano Lisa Saffer joined the NEC voice faculty in fall 2010. Recognized for her skill as an interpreter of contemporary scores and of the music of Handel, Saffer has performed on opera and concert stages worldwide, in productions such as the English National Opera at London’s Coliseum in the title role in Berg’s Lulu, Handel’s Messiah with the Philadelphia Orchestra, and Mendelssohn’s A Midsummer Night's Dream with the New York Philharmonic. Leighton Kerner, longtime music critic for The Village Voice, called Saffer "one of those special singers whose technique and blooming sound always serves sense and emotion.”

For her portrayal as Lulu in Alban Berg’s opera Lulu, Saffer received the Royal Philharmonic Society Award for best vocal performance, and was nominated for an Olivier for outstanding achievement in Opera, London’s prestigious equivalent of Broadway’s Tony.

In addition to Lulu, Saffer has been acclaimed on the opera stage for performances in Harrison Birtwhistle’s Punch and Judy and Morton Feldman’s Neither for Netherlands Opera, Hans Werner Henze’s Elegy for Young Lovers at the Concertgebouw in Amsterdam and the Tanglewood Festival, Janácek’s Cunning Little Vixen for Houston Grand Opera, as Marie in Zimmermann’s Die Soldaten, which she has performed at ENO, Opera Bastille, and at New York City Opera.

Saffer is much in demand for Handel roles at venues including Santa Fe Opera, Glimmerglass, New York City Opera, San Diego, the International Handel Festival in Göttingen, Germany, and Barcelona’s Gran Teatro del Liceu. In addition, she regularly appears with several leading orchestras in baroque repertoire, including the National Symphony in Washington, DC, and the Philharmonia Baroque Orchestra.

Of her performance in the role of Cleopatra in Handel’s Giulio Cesare, The Boston Globe noted: “Her silvery, brainy vocalism was world-class throughout and in the last celebratory aria, she brought the house down, rocketing off coloratura with flourish and showing off a splendid high C.”

Saffer is also sought after as a Mozart interpreter, acclaimed for her performances as Sandrina in La Finta Giardiniera, Despina in Così fan tutte, Servillia in La Clemenza di Tito, Aminta in Il Re Pastore, Susanna in Le Nozze di Figaro, and also in concert arias, such as Exsultate Jubilate, and Mozart's masses.

Saffer is widely recognized for her skill as an interpreter of contemporary scores, and is identified with the works of Oliver Knussen, and also appeared in a staging of Britten’s The Rape of Lucretia conducted by Knussen. With the Chicago Symphony Orchestra, she has performed James Primrosch’s From a Book of Hours and John Harbison’s Four Psalms, Ravel’s L’enfant et les Sortilèges with the Cleveland Orchestra at Carnegie Hall, David del Tredici’s Ecstatic Alice with the Atlanta Symphony, and numerous works with Amsterdam’s Schoenberg Ensemble.

Her gift for contemporary repertoire is also displayed in her frequent chamber music appearances under the auspices of such organizations as the Los Angeles Philharmonic New Music Group, Chamber Music Society of Lincoln Center, New York Festival of Song, Santa Fe Chamber Music Festival, and recitals on Lincoln Center’s “Art of the Song” series, and at the Kennedy Center for the Vocal Arts Society.

Highlights of Saffer’s 2009-2010 season include The Princess in Philip Glass’s Orpheé for Portland Opera, Messiah with the Seattle Symphony and at Duke University, Oliver Knussen’s Whitman Songs with the Atlanta Symphony, and Mahler’s Symphony No. 2 with the Portland Symphony.