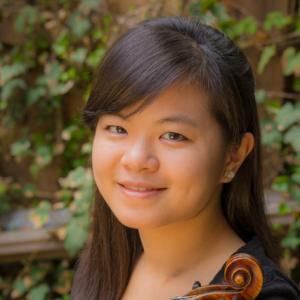 Praised for her “first rate and thoroughly engaging” playing, Taiwanese violinist Li-Mei Liang’s recent performance was described as a “powerhouse” by the Boston Musical Intelligencer. An active performer, Liang has appeared in renowned concert halls worldwide, including those in Belgium, China, Japan, the Netherlands, and South Korea. Since 2013, she has served as the associate concertmaster of the Orchestra of Indian Hill. Recent highlights include performances in South Korea with the New York Classical Players, a 19-city tour in China with the Petrucci String Quartet, and regular appearances with the renowned East Coast Chamber Orchestra (ECCO).

In addition to her performance schedule, Liang is a committed educator in both music theory and violin practice. She is a full-time music theory faculty at the New England Conservatory, as well as a theory and violin instructor at its Preparatory School. She also teaches private violin lessons in the Arlington Public Schools. In previous years, she has served as a Lecturer in Violin and Chamber Music at the University of California, Irvine, and a chamber music teacher for the Quad Chamber Music Program at Harvard University.

Liang graduated from the Affiliated High School of National Taiwan Normal University prior to completing her undergraduate and graduate studies at the New England Conservatory. She recently received her Doctorate of Musical Arts in violin performance, with a minor in music theory, at the same institution, writing an analytical thesis on Béla Bartók’s Sonata for Solo Violin. Her mentors include Donald Weilerstein, Nicholas Kitchen, Stratis Minakakis and Cheng-Tu Su.