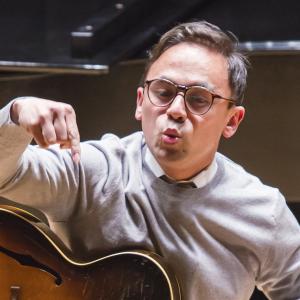 Lautaro Mantilla is a guitarist, composer, and improviser from Bogota, Colombia. He has a B.A. in classical guitar from the Pontificia Universidad Javeriana (Colombia) where he studied with Carlos Posada, an M.M. with Academic Honors in Contemporary Improvisation, and a G.D. in CI Composition, both from New England Conservatory, where he studied with classical guitarist Eliot Fisk, guitarist/improviser Joe Morris, composer/improviser Anthony Coleman, composer John Mallia, and composer/violinist Carla Kihlstedt.

He has performed both his music and the music of others in major institutions and venues such as Harvard University, MIT, NEC, the Teatro Colon, Teatro Jorge Eliecer Gaitan, Biblioteca Luis Angel Arango, among others in the U.S. and South America.