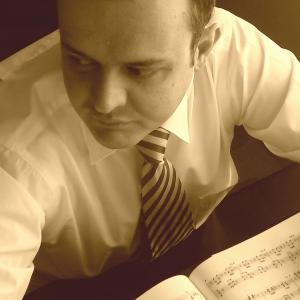 Born in Heraklion, Crete, Greece, Konstantinos Papadakis has performed in recitals and has collaborated with chamber ensembles and orchestras in the world’s major concert halls and famous artistic centers, such as Wigmore Hall, Jordan Hall, the Athens Megaron Concert Hall, New York’s Carnegie Hall, and St. Petersburg’s Grand Concert Hall, where he performed the world premieres of works by Greek and Russian contemporary composers.  The Boston Globe says of his playing: "Papadakis gave a stunning performance displaying great variety of attack, poetic lyricism, and wrists of carbon steel."

A versatile performer, Papadakis has recorded several works especially written for him by contemporary composers, many of which have been broadcast on radio and television. His distinctions include the prestigious Yannis Vardinoyannis Award, the Esther & Albert Kahn Award, as well as awards at international piano competitions. Equally at home performing Bach’s English Suites or Ligeti’s Etudes for Piano, Papadakis possesses an unusually broad repertory, including some 70 concerti and over 300 works for solo piano, in addition to numerous chamber works.

Commemorating the bicentennial year of Franz Liszt's birth, in 2011 Papadakis embarked on an ambitious cycle of recitals of some of Liszt's shorter and less known works. In the spring of 2011, he recorded a new and unique CD of 16 miniature Liszt masterpieces entitled The Short Liszt.

In May 2000, Papadakis was invited to join Boston University College of Fine Arts's piano faculty where he has remained for several years. In 2006, Papadakis was appointed the Samuel Barber Artist in Residence at West Chester University in West Chester, Pennsylvania, where he remained until 2011. He also holds the prestigious Motoko and Gordon Deane Principal Chair as pianist for the Atlantic Symphony Orchestra in Boston and recently he rejoined the piano faculty at Boston University’s College of Fine Arts. He also directs the Summer Piano Academy in Archanes, Greece.