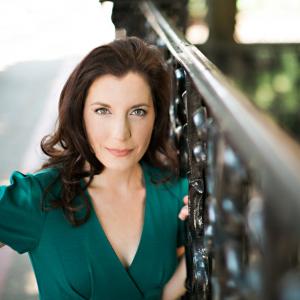 Jennifer Sgroe began her musical career in dance and musical theater before moving into the operatic repertoire. She holds a Bachelor of Music degree in Vocal Performance from the University of Kentucky, a Master of Music degree in Opera from The Boston Conservatory, and the Doctorate of Musical Arts in Voice from the University of Kentucky. Her DMA document made the first formal study of the songs of Boston composer Scott Wheeler.

Dr. Sgroe has taught voice for the past 10 years at the university level, in private studio, community music schools, and high school after-school programs. Past university teaching positions include New York University, the University of Kentucky and Transylvania University as an instructor of voice and diction for singers.  She also has a background in opera outreach education having worked with several opera companies as a teaching artist, including Utah Opera, Opera New Hampshire, Opera of Central Kentucky and Lexington Opera Society. She is a proud member of the National Association of Teachers of Singing (NATS) which encourages “the highest standards of the vocal art” and promotes vocal education and research at all levels.

As a performer, Sgroe is an active recitalist, having collaborated with pianists Cliff Jackson, James Busby, Nan McSwain and Beverly Soll. Recent recital programs have included a survey of 20th Century American opera arias, an introduction to the art of the song recital, and  a program which investigates the connection between the human spirit and the natural world through song, poetry and photography.

Highlights from her past operatic performances include the roles of Susanna and Cherubino (Le Nozze di Figaro), Adele (Die Fledermaus), Romilda (Xerxes), Pamina and Papagena (Die Zauberflöte), Monica (The Medium), Noémie (Cendrillon), Greta Fiorentino (Street Scene), and Drusilla (L’Incoronazione di Poppea), as well as the premiere of the role of Esther in Scott Wheeler’s opera Democracy: An American Comedy at American Opera Projects in New York.

Internationally, Sgroe has been heard at the Sastamala Gregoriana Early Music Festival in Karkku, Finland and The Dartington Festival (United Kingdom) under the direction of conductor Graeme Jenkins. Highlight concert performances include the soprano soloist in Brahms’ Ein Deutsches Requiem, at Dartington, Handel’s Messiah with Commonwealth Opera, the Pergolesi Stabat Mater, and Schubert’s Mass in A-flat Major in Graz, Austria. She was a winner of the National Opera Association Vocal Competition, the Settimane di Lugano International Festival Competition, the 2010 David Adams Art Song Competition, and the 2010 Opera New Hampshire Vocal Competition. She won 2nd place in the 2010 Boston area NATS Artist Award recital competition and went on to represent Boston as a New England Regional Finalist. She has been named a NATS Foundation Award Winner and a Liberace Scholar for Excellence in the Creative and Performing Arts.