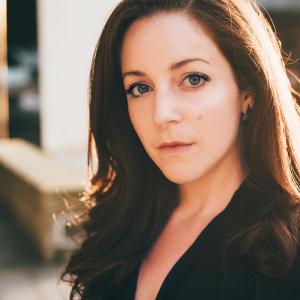 Hailed by Opera Today as a “polished, soaring soprano,” Jennifer Caraluzzi is an award-winning and critically-acclaimed singer from Connecticut, who began her career singing the National Anthem for the Mets at age ten. She received a master’s degree in vocal performance from the New England Conservatory, and has since enjoyed a versatile and expansive career.

In Boston, Jennifer has had the opportunity to share the stage with Keith Lockhart and the Boston Pops Orchestra and regularly performs with the Boston Opera Collaborative and the Boston chapter of Opera on Tap. She has also performed and recorded with pop duo, The Barton Bros. Her stage highlights include: Cunegonde in Candide, Stephanie in To Hell and Back, Susanna in Le Nozze di Figaro, Zerlina in Don Giovanni, Frasquita in Carmen, Lucy in The Telephone, and Gretel in Hansel and Gretel. In 2017, Centaur Records released Seymor Barab’s children’s opera, Little Red Riding Hood, featuring Jennifer in the title role. The success of Little Red has led to the next recording project: Engelbert Humperdink’s Hansel and Gretel, on which she will sing the role of Gretel.

Jennifer is also an accomplished educator and serves on the voice faculty of the New England Conservatory’s Preparatory School and School of Continuing Education. In addition to this, she is recently served as the Director of Programs for the Boston chapter of the National Association of Teachers of Singing. Jennifer recently completed an MBA in Music Business from the Berklee College of Music and Southern New Hampshire University.