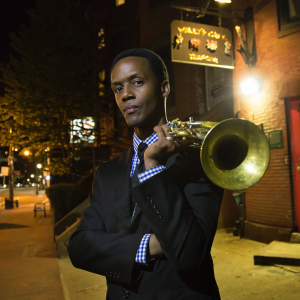 Having made Boston, MA his home for 22 years, Jason was recently named to the inaugural class of the Boston Artist in Residence Fellowship for Music Composition. Jason also received a Chamber Music America New Jazz Works Grant in 2019. In 2011 and 2017, he was named a Fellow in Music Composition by the Massachusetts Cultural Council. In 2014, Jason was honored as a recipient of the French American Cultural Exchange Jazz Fellowship where he collaborated with French pianist Cedric Hanriot, collaboration on an album and touring the United States and Europe. Jason won 1st Place in the 2009 Carmine Caruso International Jazz Trumpet Solo Competition and was cited in the June 2007 issue of Downbeat Magazine as one of the "Top 25 trumpeters of the Future."

In addition to performing on over forty albums as a sideman, Jason has recorded 14 albums under his own name on labels Ayva, Steeplechase, Newvelle, and most recently with Giant Step Arts. Four of his recordings were reviewed by Downbeat Magazine, all receiving 4 stars or better. Jason has toured in over 30 countries with saxophonists Mark Turner, Greg Osby, Grace Kelly, and Matana Roberts, and has been a featured guest artist on multiple projects in Portugal, Mexico, Canada and Russia.

For the past fifteen years, Jason's quintet has been the house band every weekend at Boston's historic Wally's Jazz Café. He has presented his band at numerous clubs throughout the northeast United States including the Tanglewood Jazz Fest, Sculler's Jazz Club, the Stone in NYC, the Jazz Gallery in NYC, and the Beantown Jazz Festival. In 2007 Jason Palmer was commissioned by the Festival of New Trumpet Music in NYC to premier a new work (based on a Sudoku game) for his quintet at the Jazz Standard. The music from that suite was later featured on his 2016 recording on SteepleChase entitled "Beauty 'n' Numbers: The Sudoku Suite."

In addition to a heavy performing schedule, Jason Palmer offers his passion for improvised music as Assistant Professor of Ensembles and Brass at Berklee College of Music and as VP of the JazzBoston organization. Jason has also served as an Assistant Professor at Harvard University and at New England Conservatory. He has also served on the faculty at the New School of Jazz and Contemporary Music in New York City.