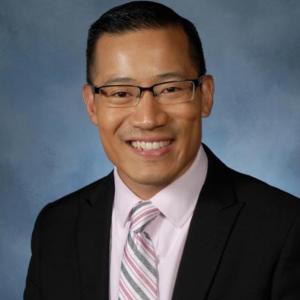 Jared Cassedy is in his fourteenth year in education and is the WHS Director of Bands and the Director of K-12 Fine Arts for the Windham School District in Windham, NH where he supports, supervises, and evaluates the department’s teachers, curriculum and assessment development, and arts programming.  He is the 2015 GRAMMY Award winner of the prestigious Music Educator Award furnished by the GRAMMY Foundation and The Recording Academy having been selected out of a pool of more than 7,200 nominees nationwide.  Jared also serves as President-Elect for the New Hampshire Music Educators Association (NHMEA).

In 2005, Jared began his career as a music teacher at Windham Middle School, in Windham, NH and was appointed as the first Director of Bands for the newly constructed Windham High School directing all instrumental ensembles in 2009.  Until 2016, Jared held the position as Director of K-12 Fine Arts responsible for the supervision and evaluation of teaching as well as the development of curriculum for the music, visual arts, technical arts, and FACS programs while also maintaining his position as the high school director of bands.  From 2016 to 2018 Jared spent two years working as the first Director of Performing Arts, K-12 for the Salem School District in New Hampshire (his alma mater) where he helped to define, develop, and strengthen the department’s capacity through curriculum and assessment development, collaboration, teacher supervision and effectiveness, and district-wide programming.

Jared’s continued collaboration with his students and colleagues enabled the WHS Concert Band to be selected and to participate in a myriad of national performances and festivals. Performances include Heritage Festival NYC where the ensemble earned the Adjudicator’s Award and Outstanding Instrumental Ensemble of the festival (2012), the Festival of Gold at Orchestra Hall in Chicago, Illinois (2013) scoring the highest instrumental score of the festival, and selection for the National Band and Orchestra Festival at Carnegie Hall in New York City (2014). The band was also one of two high school concert bands in the Eastern Division selected to perform at the National Association for Music Education (NAfME) Eastern Division Conference in Hartford, CT (2013).  In 2015, the band was selected to perform along with other of the nation’s highest achieving concert bands and wind ensembles at the Bands of America (BOA) National Band Festival sponsored by Music for All and Yamaha in Indianapolis, Indiana.  In April of 2016, his ensembles toured Canada and performed for the Mayor of Quebec City and for the Governor of Montreal.

Jared is also the conductor of the New England Conservatory Preparatory School’s Jr. Massachusetts Youth Wind Ensemble, a position he has held since 2016.  Here he works with the students in the Greater Boston area who rehearse and perform actively throughout the school year.  Previous to this, Jared was the director of the NH Youth Wind Ensemble from 2013 to 2016.   He has conducted a myriad of regional honor bands in Massachusetts, New Hampshire, Maine, and Connecticut, given a variety of lectures on leadership and best practices in teaching, and has participated in TEDx talking about his journey and philosophies through education.  Jared graduated Summa cum Laude from the University of New Hampshire – Durham where he received his Bachelor of Music degree in Music Education and has a Masters of Education in Curriculum and Instruction with a focus in Educational Leadership from Southern New Hampshire University.  He is a member of NAfME, NHMEA, NBA, and ASCD, and prestigious Pi Lambda Theta Education Honors Society.