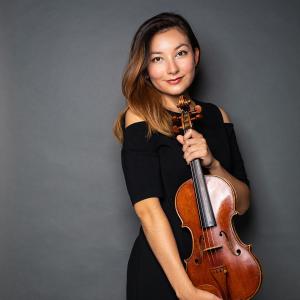 American violinist Isabelle Ai Durrenberger is praised for her vivid musicality, genuine communication with audiences, and passion for chamber music and education. She completed her graduate studies with Donald Weilerstein and Soovin Kim at the New England Conservatory. Isabelle received her B.M. at the Cleveland Institute of Music where she studied with Jaime Laredo. Isabelle has a private violin studio in Boston and serves as a member of faculty at the New England Conservatory Preparatory School where she enjoys teaching violin and coaching chamber music.

Isabelle prioritizes exploration of contemporary music and compositions; in the summer of 2021, Grammy-award winning violinist Jennifer Koh chose Isabelle as the Artist Fellow in the ARCO Collaborative Alone Together educational project.  During recent summers, Isabelle has been invited to perform at Marlboro Music Festival, Perlman Music Program, Yellow Barn, and Lake Champlain Chamber Music Festival.  In Boston, Isabelle performs as a member of the Phoenix chamber orchestra, and will be performing in the 2022-23 season of Boston Chamber Music Society.

Isabelle performs on a Terry Borman violin, and in her free time enjoys baking, reading novels, and long walks.