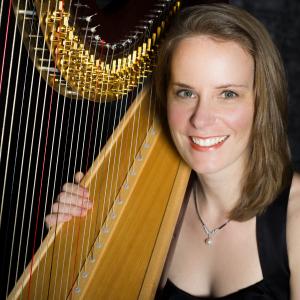 Harpist Franziska Huhn has given numerous solo recitals throughout the United States as well as international recitals in Lithuania, Norway, Poland, Turkey, Georgia, Russia, Syria, Pakistan, and Germany, including several performances for the German President (Johannes Rau and Horst Koehler). Huhn has participated in the Gustav Mahler Youth Orchestra, the Pacific Music Festival in Japan, and the Tanglewood Music Center in Lenox, Massachusetts. She later returned to Tanglewood to perform contemporary music as a Fromm player. Huhn is also active in and around the Boston area performing as a substitute harpist with the Boston Symphony Orchestra and playing regularly with chamber music ensembles. She is also a strong proponent of contemporary music, as she performs regularly with the Callithumpian Consort and Sound Icon. Lior Navok, Daniel Pinkham, and John Heiss have written music for her.

Huhn studied with Lucile Lawrence at Boston University and then continued with Ann Hobson Pilot at the New England Conservatory of Music, where she became the first ever harpist to be awarded the Artist's Diploma by the Conservatory in 2005. In 2007, her album, Harp Solo, was released. Since 2003, Huhn has been the Assistant Director of the Harp Seminar at Boston University's Tanglewood Institute. Since 2012, she is faculty at the summer camp Connecticut Valley Harp Intensive. Huhn serves as harp faculty at New England Conservatory and Longy School of Music of Bard College, and as director of NEC Prep's Harp Ensemble.