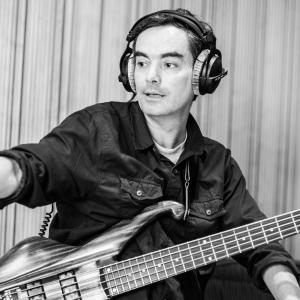 Fernando Huergo is a bassist, composer, and educator from Córdoba, Argentina, now based in Boston. He has recorded over 160 albums, including 11 as a leader and co leader. Fernando has toured and given clinics in North, Central and South America, Europe and Asia. An active performer on the jazz scene, he currently plays with Guillermo Klein y Los Guachos, Mehmet Sanlikol, Jason Yeager, El Eco, Yulia Musayelyan, Pablo Ablanedo Octet, Macuco Quintet, Maxim Lubarsky, Leo Blanco, Daniel Ian Smith and Jim Kelly among others. He has performed with Luciana Souza, Cesar Camargo Mariano Trio, Danilo Perez, Marta Gómez, Dave Valentín, Hendrick Meurkens, Dave Liebman, Dave Samuels, Joe Beck, and many others. Fernando Huergo has performed with his quintet at the Buenos Aires Jazz Festival, and Cordoba International Jazz Festival in Argentina, as well as at Alexanderplatz Jazz Club in Rome, Italy, and Sunside Jazz in Paris, France, The Regattabar in Cambridge, MA and Cornelia Street Cafe in NYC, among others.

In 2010, he received a Grant from Chamber Music of America and the French American Cultural Exchange, which resulted in the recording of the album “Suite in Blue and White”, in Paris, France. Fernando is a professor in the Bass Department at Berklee College of Music, since 1996, and an adjunct faculty at Tufts University since 2001 at Northeastern University and at the Preparatory School at New England Conservatory.

He graduated from Berklee College of Music in 1992, and has also studied at New England Conservatory. He studied with Charlie Banacos, Jerry Bergonzi, Cecil McBee, George Russell, Whit Browne, Oscar Stagnaro and Bruce Gertz, among others.