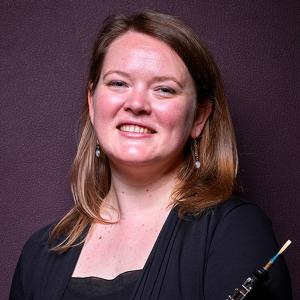 Elizabeth England joined the Boston Ballet Orchestra in 2016 where she plays second oboe and English horn. In addition to her work with the Ballet, Ms. England maintains a busy freelance schedule with many of New England’s finest ensembles. Ms. England is a member of Vento Chiaro, one of the nation’s leading woodwind quintets, holding residencies at the Virginia Arts Festival and serving as the ensemble in residence at the Boston University Tanglewood Institute.

Always keen to empower the next generation of oboists, Ms. England has served on the faculty at New England Conservatory Preparatory School since 2015. She also teaches at Brandeis University, Wellesley Public Schools, and has given masterclasses at University of Miami’s Frost School of Music and Massachusetts Institute of Technology.

Originally from Edina, Minnesota, Ms. England holds a Bachelor of Music degree from New England Conservatory where she studied with Mark McEwen. In 2013, she was a recipient of the St. Botolph Club Foundation’s Emerging Artist in Music Award.