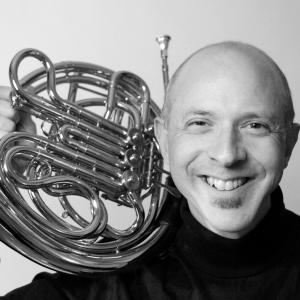 Epstein left the Cleveland Orchestra in 2005, and moved to Boston to devote more time and energy toward educational and creative endeavors. He serves on the faculties of New England Conservatory; NEC at Walnut Hill; NEC Preparatory School, where he is Brass Chair and the Director of the NEC Youth Brass Ensemble; and Boston Conservatory at Berklee.  Epstein has presented workshops, master classes, and recitals at conferences, conservatories and universities throughout the United States, Canada, and Europe. Epstein’s students hold positions as chamber musicians and music teachers, and have won posts in more than 25 major orchestras in North America.

An active performer, Epstein has appeared on chamber programs at Jordan Hall, Severance Hall, Tanglewood, Philadelphia's Academy of Music, Kennedy Center, Music Academy of the West, where he was on faculty (2005-2013), and the Aspen Music Festival, where he served as principal horn of the Aspen Chamber Symphony (2000-2012). Epstein has collaborated with the Borromeo and Brentano String Quartets, and has served as guest principal horn of the Rhode Island Philharmonic, Orpheus Chamber Orchestra and Saint Louis Symphony. Epstein performs with the Boston Symphony Orchestra from time to time and has played on the BSO Community Chamber Concerts series.

As a conductor, Epstein has directed ensembles at New England Conservatory, Cleveland Institute of Music, Music Academy of the West, Longy School of Music, Boston Conservatory (on his Inside Out series at the Arlington Street Church in Boston) and El Sistema in Venezuela.

Advocating the idea that music can be a meaningful and uplifting force in society, in 2009 Epstein won Grand Prize in the Entrepreneur the Arts Contest for his Inside Out Concerts, and appeared on Heartbeat of America with William Shatner. Drawing on years of experience as a performer, educator and entrepreneur, in 2013 Epstein joined the NEC Entrepreneurial Musicianship faculty to teach their survey course The Entrepreneurial Musician.

Epstein's book, Horn Playing from the Inside Out, A Method for All Brass Musicians (third edition published in 2016), was celebrated in The Horn Call, International Horn Society's journal, as "an overwhelmingly stimulating and productive treatise...its positive influence on the profession will be immediate and lasting."

Orchestral Excerpts for Low Horn, Epstein's album released in 2014, was acclaimed in The Horn Call, Journal of the International Horn Society (2015): "The commentary, always literate, cogent, practical, logical and methodical, embraces historical and technical fundamentals en route to providing a path to the exaltation of artistry…Every performance provides a sonic paragon, a rubric worthy of emulation by student and professional alike."