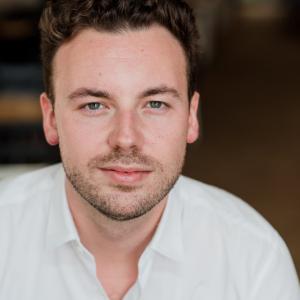 Baritone Corey Gaudreau is a native of Connecticut and is currently based in New York. His most recent engagements include a program of the Great American Songbook at the Isabella Stewart Gardner Museum in Boston and the role of Sid in Benjamin Britten’s Albert Herring as a guest artist with Stony Brook Opera.

Corey was Artist-in-Residence with Opera on the James where he sang Fiorello in their production of Rossini's The Barber of Seville, and covered the role of Figaro. He most notably played Aeneas in Henry Purcell’s Dido and Aeneas and covered the role of Billy Bigelow in the Rogers and Hammerstein classic Carousel with Central City Opera, returning there as an Apprentice Artist for a second season. A versatile singer with flexibility in various styles, he excels not only in opera, art song, and oratorio, but jazz and musical theatre as well. He is a proponent of new works, premiering several pieces  in Boston and New York. He played the role of Joe in John Musto and Mark Campbell’s contemporary opera Later the Same Evening at New England Conservatory in Boston, Alvaro in the Pensacola Opera premiere of Daniel Catàn’s opera Florencia en el Amazonas, and covered Hannah before in the Florida premiere of Laura Kaminsky and Mark Campbell’s As One. Mr. Gaudreau was in residency at Pensacola Opera for two seasons, where he sang Masetto in Mozart’s Don Giovanni, also covering the title role.

Corey is a staff singer at the renowned Parish of Calvary-St. George’s Episcopal Church in Gramercy Park, under the direction of Kamel Boutros, which enjoys a rich musical history as the former church of singer, organist, and composer, H. T. Burleigh.

Corey has studied with Michael Meraw, Jason Ferrante, and Laura Mashburn. He has coached with Tanya Blaich, Cameron Stowe, Justin Williams, Cody Martin, Jerome Shannon, Michael Baitzer, Thomas Getty, Warren Jones, Robert Tweten, and Kamel Boutros. He is an alumnus of the New England Conservatory where he received his Bachelor of Music (B.M.) degree and returned for the Master of Music (M.M.) program. Corey performs prolifically as a song recitalist and continues to be invited as a guest artist for NEC engagements. He sang Schumann’s Spanische Liebeslieder in the historic Jordan Hall for the First Monday Concert Series, and recorded a virtual performance of Pavel Haas’ Four Songs on Chinese Poetry for a Liederabend series program of Jewish composers. He is frequently praised for his mastery of language and style, with a virtuosity in French song.