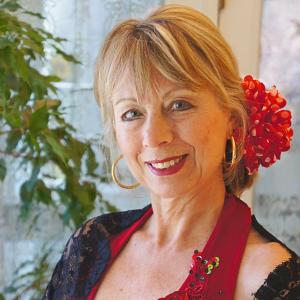 Clara Sandler, mezzo-soprano, a native of Buenos Aires, Argentina, feels at home in a wide range of styles, from opera, oratorio and recitals, to zarzuela and tango. Critics have praised her singing as “both powerful and gentle, capturing a remarkable range of emotions”, her voice possessing “a radiantly rich and mellow tone quality”. Clara Sandler appeared as the featured soloist at the Boston premiere of Górecki’s “Symphony of Sorrowful Songs”, with the Boston Chamber Ensemble. With this orchestra she also performed Wagner’s “Wesendonck Lieder”, her singing praised by The Boston Globe for her “dark and attractive timbre”.

Ms. Sandler's operatic roles include Oscar in Un ballo in maschera, Nella in Gianni Schicchi, named “Best Opera” in 1999 by The Boston Globe, Yum-Yum in The Mikado, Elsie Maynard in Yeomen of the Guard, performed with the Boston Academy of Music, and Papagena in The Magic Flute with the New Bedford Symphony. She appeared in the world premiere of Daniel Pinkham’s opera The Cask of Amontillado with Boston Modern Orchestra Project. Her solo oratorio credits include Haydn’s The Creation and Harmoniemesse, Schubert’s Mirjams Siegesgesang, Bizet’s Te Deum, Mendelssohn’s Elijah, Mozart’s Requiem and Coronation Mass, Bach’s Magnificat and Cantata #80, and Handel’s Messiah.

An avid researcher of music from Spain and Latin America, Clara  Sandler has presented many recitals in Boston, New York, Philadelphia, Washington DC, Uruguay and in her native Buenos Aires. She is a member of the Boston Arts Consort, which specializes and performs music from Spain.

Her CD “Alma Apasionada, Songs from Spain and Argentina”, recorded in Jordan Hall with pianist William Merrill was released in 2006 by Newport Classic.

Ms. Sandler was chair of the Preparatory School Voice department from 1997 to 2011. In her quest for finding ease and freedom from unnecessary tensions in singing, she trained and got certified as an Alexander Technique teacher at the Alexander Technique Center of Cambridge, under master teacher Tommy Thompson.