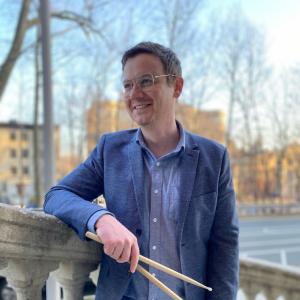 Originally from San Diego, California, Charles Weller has worked extensively over the years as a performer, composer and educator. Upon completing his undergraduate degree in Boston, Weller moved back to California and began collaborating with some of the top musicians in the area. During this time, he had the opportunity to work with such jazz artists as Charles McPherson, Gilbert Castellanos, Mike Wofford, Peter Sprague, Sinne Eeeg, Kamau Kenyatta, Rob Whitlock and many others. He also served as jazz faculty member for both San Diego State University and Cal State San Marcos. Weller has studied drums and percussion with such greats as Terri Lyne Carrington, Bob Moses, Billy Hart, Casey Scheuerell, Mark Walker, Chad Wackerman, Jerry Leake, and others. He currently resides in Boston, and is a faculty member for both the New England Conservatory Jazz Prep and Continuing Ed departments, where he teaches private lessons, ensembles, and jazz ear training.

Weller holds a B.M. from Berklee College of Music, and an M.M. from the New England Conservatory of Music.