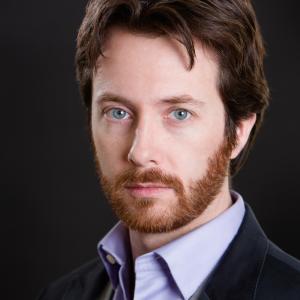 Other notable performances include Howard Boucher in the New England premiere of Jake Heggie’s Dead Man Walking, Fenton in Falstaff and Laurie in Little Women with BOC and Tamino in The Magic Flute with MetroWest Opera.  Past performances include Don Basilio in Le nozze di Figaro, Remendado in Carmen and Monostatos in The Magic Flute with BOC, First Tenor in The Seven Deadly Sins with the Five College Opera Project and Alfred in Die Fledermaus with Opera del West.  Concert performances include engagements with the Amherst College Orchestra, Nashua Symphony, Greater New Bedford Choral Society, Choral Art Society of the South Shore, and MIT Symphony Orchestra.

A versatile actor and musician, Brendan is at home in both classical and contemporary works.  He recently premiered the role of Nurse in Hannah Lash’s Beowulf with Guerilla Opera.  Other premieres include Dr. Singleton in Rudolf Rojan’s We Are Sons with Guerilla Opera, John in RE: with Juventas! and OperaHub, and Monsieur de Kock in System of Soothing by composer Frank Pesci.  Brendan also premiered Music for the Journey, a cantata composed by John Kramer for the Winchester Unitarian Society.

Mr. Buckley is a passionate educator, with over ten years of experience teaching both adults and children.  Brendan is currently a visiting lecturer of voice at Plymouth State University, is a faculty member of New England Conservatory’s School of Continuing Education and Preparatory School, and is Massachusetts Governor of the National Association of Teachers of Singing.  He also has appeared on the radio waves as a guest judge for the WERS All A Capella Live! competition.  Former students have continued studies at Penn State, Northeastern University, Salem State University, Florida Southern College, and CAP21.