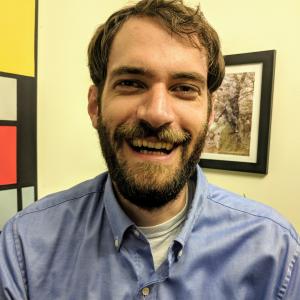 Ben Martin-Bean came to New England Conservatory in 2018 and has been teaching English as a Second Language for over ten years, both in the US and internationally. After earning a BA in English from Auburn University, he moved to rural Japan to teach ESL in a high school as a member of the Japan Exchange Teaching Programme, an experience that cemented his interest in language instruction and intercultural communication. After returning to the US, he attended graduate school at Michigan State University, earning a Master of Arts in Teaching English to Speakers of Other Languages. From there, he moved to South Korea, where he joined the faculty at Seoul National University of Science and Technology. Before moving to the Boston area with his wife in 2016, he lived in Dayton, OH, where he taught at the University of Dayton’s Intensive English Program. Ben’s professional interests include exploring enculturation and the processes through which international students enter into and become participating members of communities of practice in American university settings.