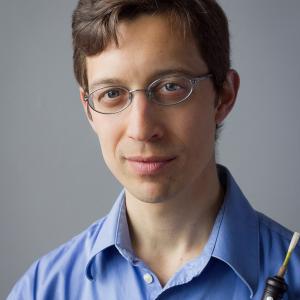 Oboist Benjamin Fox is in high demand as an orchestral player, chamber musician, and teacher in the Boston area. His versatility and virtuosity are showcased in a variety of venues. From Carnegie Hall to retirement homes, rural churches in Panamá to nightclubs in Honolulu, Ben's joy comes from sharing music with everyone.

For years, Dr. Fox has been Principal Oboist of the Marsh Chapel Collegium, whose performances of cantatas and oratorios by J.S. Bach and Handel reach a worldwide audience via radio and internet broadcasts. He is an active freelancer, frequently appearing with the Bangor Symphony, Portland Symphony, Boston Ballet, Orchestra of Indian Hill, Emmanuel Music, as well as other orchestras around the country such as the Canton (OH) and Charleston (SC) Symphonies. In addition to his orchestral career, he has presented numerous chamber music recitals at libraries, churches, nursing homes, and schools, collaborating with groups such as the Weston Wind Quintet, Vento Chiaro, New England Chamber Players, and the Boston Zelenka Project.