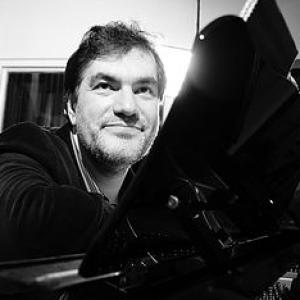 Alexei Tsiganov was born in Leningrad (now St. Petersburg), Russia, He started playing homemade percussion at the age of four, accompanying his brother who was his first mentor in jazz, giving Alexei lessons in jazz harmony and improvisation, and taking him to all the shows and jam sessions in town. Alexei entered the children's music school as a percussionist, playing drums, xylophone and vibraphone, then went on to study at the famous St. Petersburg Mussorgsky Music College.

He has played and recorded with Bevan Manson, George Garzone, Bob Moses, John Lockwood, Bob Geloti, Bruce Gertz, Dave Clark, Yoron Israel, George and Ed Schullers, Boris Kozlov, and others. He has appeared with his group on WERS-Boston radio and on the Eric In the Evening radio program on WGBH-Boston, performing his own original music and standards.