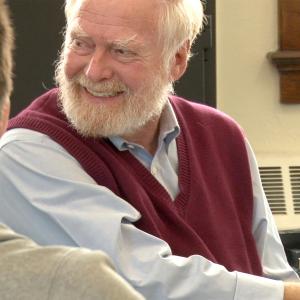 Lyle Davidson conducted research in music and cognition, pedagogy, and assessment; and was a founding member of the Conservatory Laboratory Charter School. As Director of Research at the Lincoln Center Institute in New York, he worked on arts intensification in public schools. For 15 years he was on staff at the Harvard Graduate School of Education’s Project Zero, where he directed the music group in several studies spanning early childhood and adult development, portfolio assessment, and learning in the arts.

He lectured widely in the U.S., Europe, China, and Australia on musical development, cognition, and assessment in the arts. He published on the development of musical ability across a wide span of ages, including studies of preschoolers’ singing and assessment of the impact of musical training on cognitive development in music. He composed for the Ina Hahn Dance Company, for Houghton Mifflin’s educational films division, and for Dance Circle. His choral, band, chamber, solo, and electronic works are published by E.C. Schirmer.

Lyle Davidson passed away in 2021. His remembrance can be found here.