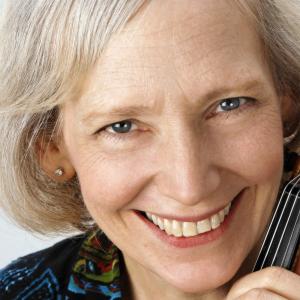 Violinist Lucy Chapman has pursued an eclectic career spanning many musical worlds. She became acting associate concertmaster of the San Francisco Symphony at the age of twenty-nine; from that position, she moved on to play two seasons as first violin of the award-winning Muir String Quartet. She has played solo and chamber music concerts throughout the U.S., Europe, Korea, and Japan.

Her recording of Bartok, Stravinsky, and Ives with clarinetist Richard Stoltzman and pianist Richard Goode won a Grammy nomination, and she has also recorded with Keith Jarrett, whose solo sonata she premiered in Chicago’s Orchestra Hall.

At NEC, Chapman performs regularly with her colleagues, including violinists Miriam Fried and Donald Weilerstein, violist Kim Kashkashian and Roger Tapping, and cellists Paul Katz, Natasha Brofsky, and Laurence Lesser. Since joining the faculty at NEC, she has spent ten summers teaching at Kneisel Hall in Blue Hill, Maine and the past eight summers as a senior participant at the Marlboro Music Festival in Marlboro, Vermont. She was chair of the NEC strings department from 2001 through 2012.