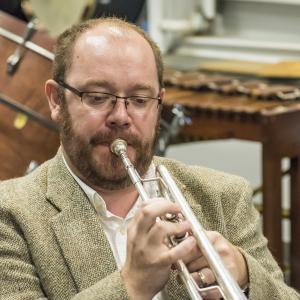 Zebediah Upton is an active orchestral musician, chamber musician and trumpet teacher in the Greater Boston area. Originally from Monroe, Connecticut, Zeb is lucky to have a very musical family and began playing the trumpet at the age of eight. He graduated from Rice University's Shepherd School of Music in 2003 with his Bachelor's of Music degree, and received his Masters of Music degree at the same school in 2005. While at Rice, Zeb was twice a finalist in the school's Concerto Competition and was a finalist for the Presser Award.

As an educator, Zeb has worked with countless students and ensembles ranging from Texas to China. He has previously held teaching positions at Lee College in Baytown, TX, the Fort Bend Independent School district, and several middle schools in high schools in both Texas and New England. He has coached ensembles and brass sections for the Houston Youth Symphony, the Boston Youth Symphony Orchestra, and the Greater Bridgeport Youth Orchestras. Zeb's students have been accepted into numerous Regional and All-State festivals and gone on to study and pursue music careers.