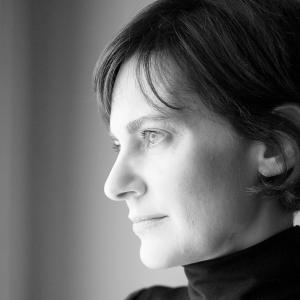 Tanya Blaich is a pianist and teacher with particular sensitivity for and expertise in the song and collaborative piano repertoire. A faculty member of New England Conservatory's collaborative piano and voice departments since 2006, Blaich is co-coordinator of NEC’s Liederabend Series and teaches classes dedicated to the performance of song repertoire and in language diction and expression. Blaich has been praised for her “unfailingly expressive and finely judged” playing (The Guardian) and her “distinct and refined palette and textures” and “unwaveringly attentive” ensemble (Opera Today).

Blaich has performed in concert venues and festivals throughout the United States, Europe, and Russia with such recitalists as Thomas Hampson, Paula Murrihy, Klemens Sander, and Sari Gruber. Recent highlights with Murrihy include recitals at Teodor Currentzis’ International Diaghilev Festival, Performance Santa Fe’s Festival of Song, and in concert venues across Europe. She also worked with Murrihy and composer John Harbison in preparation for the world premiere of Harbison’s Sixth Symphony with the Boston Symphony Orchestra.  Blaich and Murrihy’s first album, I Will Walk With My Love: Folk-Inspired Songs and Myths, was just released on Orchid Classics this October to great acclaim.

As a guest artist, Blaich has given song recitals and master classes at universities and colleges throughout the U.S. In addition to her collaborations with singers, she has performed as a chamber music partner with members of the Colorado, Lydian, and Miro string quartets. She has also served as a coach and rehearsal pianist for the Boston Symphony Orchestra, the Handel and Haydn Society, and Odyssey Opera.

Tanya Blaich attended the University Paris-Sorbonne and graduated from Walla Walla College in Washington. She moved to Vienna to pursue her passion for the German Lied repertoire, earning a diploma in performance from the Vienna Conservatory in vocal accompaniment and chamber music. She subsequently earned both her M.M. and D.M.A. degrees from New England Conservatory.

“her playing [is] unfailingly expressive and finely judged” —The Guardian