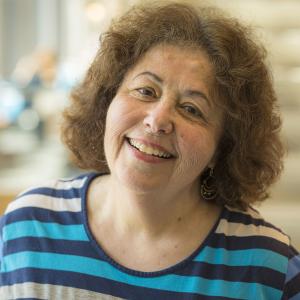 Ruth Lepson has been poet-in-residence at NEC for 25 years. She has collaborated with musicians here, and her latest book of poems, Ask Anyone (from Pressed Wafer), comes with settings of some of the poems. (See the Shop page on her website, ruthlepson.com.) The book won the Phillip Whalen Award from Chax Press. Her new and selected poems is forthcoming from MadHat Press. Her other books of poetry are Dreaming in Color, I Went Looking for You, and Morphology, which is a book of prose poems, based upon bits of dreams, and photos by her and photographer Rusty Crump. She edited Poetry from Sojourner: A Feminist Anthology (UIllinois). Her poetry and prose have appeared in well over a hundred publications, including Jacket2, Agni, Ping Pong, Harvard Review, Let the Bucket Down, spoKe, The Brooklyn Rail, Boog City, the NEC blog at The Huffington Post, and in anthologies, mostly recently several anthologies of ecopoetry.

She has read in Barcelona, St. Petersburg (Russia), on NPR’s “All Things Considered,” and in many places in New York and around New England. She performed with two bands of former NEC students, low road and Box Lunch, and with various NEC faculty. She taught at Boston College, The Kennedy School of Government, Bentley College (where she was poet-in-residence for four years), Northeastern University, The School of the Museum of Fine Arts, The Art Institute of Boston and elsewhere, as well as in the Massachusetts poets-in-the-schools program. Long ago she worked at Partisan Review and the Boston University Journal. She organized poetry readings for Oxfam America.