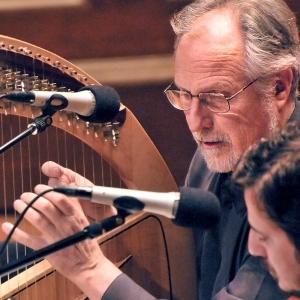 Robert Labaree is an ethnomusicologist and performer specializing in Turkish music. He was a member of NEC's Music History faculty since 1984, teaching a wide range of western and non-western repertoires, and is director of NEC's Intercultural Institute, which he established in 1993. As a founding member of the EurAsia Ensemble from 1980 to 1995, Labaree performed and taught Turkish classical music across the U.S. His recordings with EurAsia Ensemble include Eski Dünya ile Sohbet (Conversations with the Old World), Istanbul on the Charles, and Boston Sema. His solo CD, Çengnağme (Song of the Harp), appeared in Turkey in 2001 on the Kalan label. He is on the editorial staff of the new online journal Analytical Studies in World Music (first issue, December, 2010), and a co-founder of the Boston-area world music consortium BostonEthno.

Beginning in 1985, Labaree collaborated with the instrument-maker Feridun Özgören to create a contemporary version of the Ottoman microtonal harp, çeng, (no longer played in Turkey) for use in three centuries of Turkish classical, folk, and religious music. He is co-founder and vice president of DÜNYA (the World), a Turkish music ensemble and non-profit educational institution founded in 2004 in Boston that produces intercultural educational projects, including concerts and recordings exploring the shared traditions of Judaism, Christianity, and Islam.

His most recent recordings, produced under the DÜNYA label, include Gel Gör Beni Aşk Neyledi (Come see what love has done to me), and The Psalms of Ali Ufki, Kuş Dili (The Language of Birds), Lale ve Kılıç (The Tulip and The Sword), and Dünya Size Güller Bize (For you the world, for us the roses). In the summer of 2010, the DÜNYA ensemble brought 32 musicians to Istanbul for a concert as part of the year-long celebration of Istanbul as a 2010 European Capital of Culture, a project of the European Union. A double CD of that program, entitled Constantinople-Istanbul: A Story of the City, with booklet in Turkish, English, and Greek), was recorded in Boston and produced in Istanbul.

M.A., Ph.D., Wesleyan University. Studies in Turkey and the U.S. with Niyazi Sayin and Ihsan Özgen. Recordings on Kala and DÜNYA.