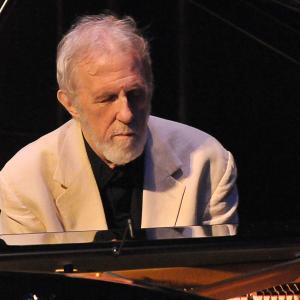 Blake was the founding chair of NEC's Contemporary Improvisation department (then called Third Stream), from 1972 through 2005, and continues to teach full-time. His innovative teaching approach, known as "the primacy of the ear," emphasizes the listening process and long-term memory rather than sheet music. His premiere recording, The Newest Sound Around, won the 1963 RCA Album First Prize in Germany and the 1980 Prix Billie Holiday and is included in the Académie du Jazz. Blake frequently incorporates melodies inspired by dreams and film noir into his compositions. Recent releases include 2017's Town & Country (with fellow NEC faculty member Dominique Eade), Indian Winter (a 2005 album with guitarist/NEC alumnus David Fabris) and All That Is Tied (a 2006 album of solo piano that appeared on numerous jazz publications' year-end "Best of" lists, including The Village Voice and Downbeat magazine.)