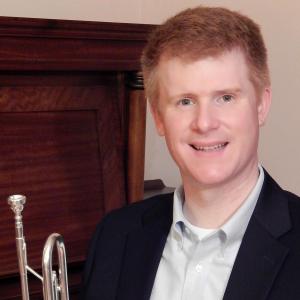 Jazz trumpeter Peter Kenagy's music has been called elegant and adventurous, both modern and rooted in tradition, with a sound all its own. Equally at home with Monk, Stravinsky, Coltrane, Bach, and Afro/Latin-jazz fusions, Kenagy draws on a vast range of styles in his own original compositions and arrangements. A dedicated teacher, he works with individuals to build concepts of trumpet sound, repertoire, and improvisation for jazz performance.

Kenagy has played at festivals and concerts in Switzerland, Holland, France, Italy, China, Mexico, and Panama, as well as throughout the United States. He has performed with young contemporaries and elder statesmen alike, joining the Ayn Inserto Jazz Orchestra for a recording session featuring legends Bob Brookmeyer and George Garzone, and playing with the trio of pianist Carmen Staaf at the 2004 Panama Jazz Festival.

In 2010, Kenagy released Coolidge on the Fractamodi label, which features his eclectic approach to post-bop in a quartet format. Kenagy's debut album, Little Machines, was released by the Barcelona-based Fresh Sound New Talent label in 2004, and features seven original compositions performed by the Peter Kenagy Sextet. Kenagy has also self-released several other albums available through his website, including 2007's Space Western, which features an ambient, meditative mood created by electric piano and guitar, and 2006's Double Happiness, performed by a piano-less quartet with Jeremy Udden on saxophones.

As a scholar of jazz history and theory, Dr. Peter Kenagy has contributed writing to the Society for American Music and American Music, and serves on the liberal arts faculty of Massachusetts College of Art and Design.