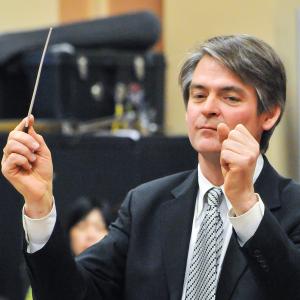 Peter Jarvis, a native of Canada, began his career as a member of Museaus, one of Canada’s premier touring string quartets featured numerous times on CBC radio and in recordings. He was principal second violin of the Lethbridge Symphony Orchestra and the Southern Alberta Chamber Orchestra, appearing annually as violin soloist.

In 1994 Peter Jarvis moved to Boston with Reuning & Son and entered the Boston music community as a freelance player, appearing with the Cambridge Chamber Players, Andover Chamber Orchestra, and most recently as concertmaster of Symphony by the Sea. An enthusiastic educator, he coaches chamber music at summer camps and at the NEC Preparatory School. He is currently the conductor of the String Training Orchestras and also conducts the String Chamber Orchestra.